Skip to main content
Written by Claire Hansen in Performances and Productions | 12.01.2015

It's not a surprise to see Shakespeare (and some of his contemporaries) featuring in the line-up of several Australian theatre companies this year. So we've put together a list of some of the Shakespeare productions on offer for 2015. We'd like to find out what you might be planning to see, and how you might use these productions in the classroom.

We'll also feature a separate blog shortly which looks at a range of international Shakespeare productions, so stay tuned for this one too.

This post will be open to further additions - so if you hear of a production not listed, please drop us a line or post on our forum (which will also be a great place to hold some lively post-production discussions).

First up, Bell Shakespeare is starting the year off with As You Like It, opening in February. This will be followed by Hamlet, The Tempest, and Romeo and Juliet.

Sydney Theatre Company will finish off their 2015 season with Geoffrey Rush in King Lear (a similar choice to their 2014 Macbeth which also starred an Australian luminary, Hugo Weaving).

Shakespeare's Globe will be offering their travelling production of Hamlet in Geelong, Victoria, this May.

Also in May, Sport for Jove will present The Merchant of Venice, and the company has selected the fascinating Christopher Marlowe's Edward II to follow in October. 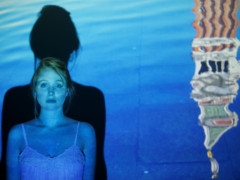 The Australian Ballet will present The Dream, a take on A Midsummer Night's Dream.

Moving north to Queensland, The Complete Works of Shakespeare (Abridged) will play at the Brisbane Arts Theatre from January to March, and the Queensland Shakespeare Ensemble have announced their production of Titus Andronicus, which opens in August.

In South Australia, Shakespeare in the Vines will play Macbeth later this month. Staying in South Austalia, the State Theatre Company will produce Ben Jonson's Volpone (or the Fox) as well as The Popular Mechanicals.

Have we missed a production? We're also keen to find out what strategies you might use for incorporating productions into your teaching practice. Get in touch here.