Skip to main content
Written by Kathryn Parker in Conference | 14.08.2016
Today's guest blogger is Kathryn Parker. Kathryn is a PhD candidate at the University of Sydney.
At the beginning of July, the York Centre for Early Music hosted a two-week festival in the historic town, featuring performances on period instruments from the sixteenth and seventeenth centuries. The festival culminated in a one-day conference which I attended on the 16th of July, hearing presentations from a number of prominent scholars of Shakespeare’s music.
A highlight was a presentation from William Lyons, former Director of Music and Composer for Shakespeare’s Globe Theatre in London. He spoke about the ‘excellent and expert musicians’ that played in the public and private playhouses during Shakespeare’s time. Lyons stressed the high level of professionalism of these musicians, who as employees of the City of London were called upon to play for a wide range of public events. Lyons shared multiple accounts of travellers coming to the playhouses specifically to hear the music of the theatre, which challenged us to consider a more prominent role for music in early modern plays than we might expect.
Ross Duffin, an award-winning musicologist and author of Shakespeare’s Songbook, problematised our understanding of a number of songs attributed to the composer Robert Johnson in Shakespeare’s plays. Duffin put forward a hypothesis that songs attributed to Johnson were in fact arrangements based on ballad tunes of the period. Duffin concluded that we can only say that two songs from The Tempest, entitled ‘Full Fathom Five’ and ‘Where the Bee Sucks’ can be attributed as original work by Johnson, disavowing previous attribution of songs by him in The Winter’s Tale and Twelfth Night.
David Lindley, a literary scholar of Shakespeare’s music, examined music within the plays of John Marston as a way of looking at music for the indoor playhouses. Several of Shakespeare’s plays would have had their first performances in the indoor Blackfriars playhouse, including A Winter’s Tale, Cymbeline and The Tempest. The smaller size of this playhouse and more wealthy audience would have influenced a change in the instrumentation and style of music for these plays. Lindley illustrated this in an interesting example at the beginning of Marston’s play, The Malcontent, which opens with the stage direction for “the vilest and out of tune music being heard”. Lindley questioned whether this direction could have worked realistically or symbolically, or even both simultaneously? This would be unlike the musical stage directions we regularly see in early modern plays, where the dialogue always indicates that the actors can hear the music in the context of the drama, alongside the audience. This is termed ‘diagetic’ music and is unlike the way music tends to function in modern theatre, which is heavily influenced by the use of musical underscoring, or ‘extra-diagetic’ music used to direct the emotional response of the audience. In the opening of The Malcontent, Bilioso refers to a “noise in Court”, but it is unclear whether he is referring to the music being played in the scene. Lindley argued that in the indoor playhouses, we see evidence in playtexts of musicians starting to be situated partly in and also out of the theatrical world on stage.
The day finished with a fantastic performance by William Lyons and his consort of wind instruments, playing ‘City Music’ of the London Waits, the professional group of musicians who played at the Globe and Blackfriars theatre during the sixteenth and seventeenth centuries. 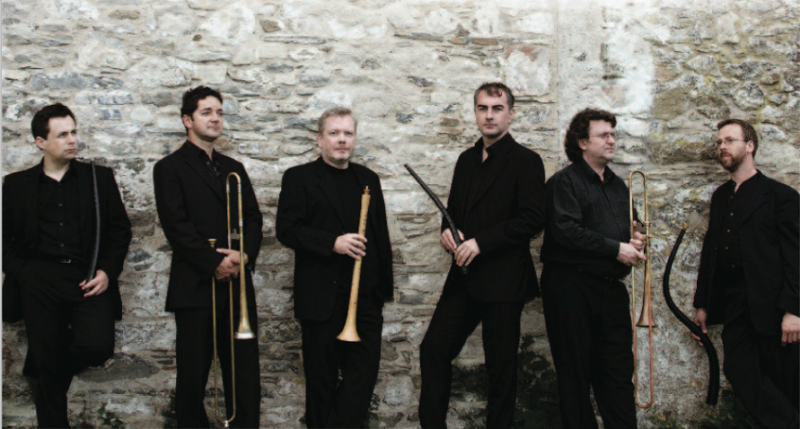